Would you like to switch to the accessible version of this site?

Don't need the accessible version of this site?

Even Turtles can benefit from Chiropractic! 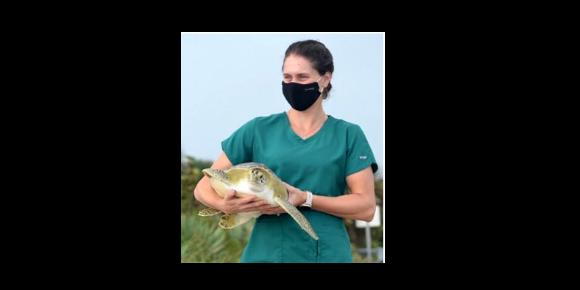 AVCA Doctor Ashley Shiver Mincey, DC (Florida) treated Ceres the sea turtle for a suspected predator attack head injury. Ceres' head injury led to a neck listing and lung problems that caused her to be constantly and asymmetrically buoyant. After her surgeries and emergency veterinary care, chiropractic was started. And after about 6-7 months, she was normal without any restrictions and was able to be released back into the ocean! (Dr. Ashley was allowed to carry Ceres to the beach for release.)
Photo of sea turtle rehabilitation activities at Brevard Zoo's Sea Turtle Healing Center. All activities conducted by personnel covered under FWC permit # MTP 206.

We look forward to hearing from you

Find us on the map

Call for Appointments to ensure spacing requirements during this time..